The Truth About Sugar and Artificial Sweeteners

Amy recently posted an awesome Sugar Detox that will honestly change your life. Since that post last week many people have been asking about sugar and artificial sweeteners. Why and what do we need to know about them? I’m here to give you the basics. This info is what’s important. This info will make you turn back to the sugar detox.

“Sugar is the most hazardous foodstuff in the American diet.”
– Linus Pauling PhD – Twice Nobel Laureate

Understand this quote and embrace it!

The Dangers of Sugar

Let’s talk calories. In 1 tsp of sugar there is 15 calories. This can add up extremely quickly! In one 12 oz (355ml) can of Coca Cola there is 39g of sugar which adds up to 140 calories. Soda has no nutritional content. It’s simply calories from sugar.

Consuming too much sugar is extremely dangerous for the body! When we consume sugar our insulin levels rise in order to metabolize it. The more sugar you consume the higher the insulin spike. Overtime we can put so much stress on our bodies that this insulin spike isn’t as strong as it used to be. The result is burnout of the pancreas! When we have burnout of the pancreas the sugar can have its way with our bodies. This is where it becomes scary.

So now that our pancreas is burnt out what can happen to our bodies? Here is the short-list:

How sugar can cause each of these disorders is the topic of another blog post. Just know these are the risks.
We all know that sugar is addictive. Many of us crave it daily. Did you know that research is suggesting that we are born craving it? Does this mean we have no hope? No. Start your sugar detox today. 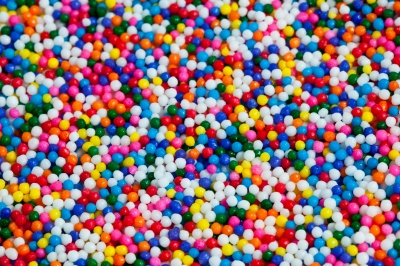 *Note to Vegans:
Our sugar comes from highly processed sugar cane and beet sugar. During processing of sugar cane charcoal is used to filter the final product. This charcoal could come from animals, vegetables, or minerals. Therefore approximately 50% of your sugar is not vegan! 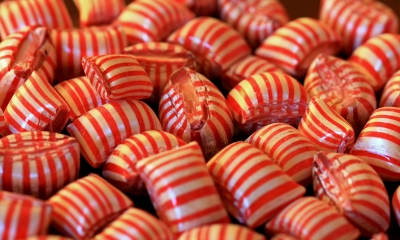 What you need to know about Artificial Sweeteners

I’ve recently been interested in the use of artificial sweeteners as sugar substitutes. What should I be using to get that sweetness I crave? I know that the media is flooding my brain with positive information about Spenda and Equal but what is their motivation? These products are relatively new yet they’re found in thousands of products from soda to gum. How do we know if they’re safe? Why would the FDA and Health Canada approve these products without conclusive long-term studies? It’s all a mystery. I searched around for the answers and I arrived upon Dr. Mercola’s blog.

Dr. Mercola is an Osteopathic Physician on a mission to promote natural health and wellness. I really enjoy his writing. I recommend everyone check out his site at DrMercola.com.

Recently Dr. Mercola wrote a book called Sweet Deception. I would like to highlight some of the findings he came across:
First, lets talk about Aspartame. Aspartame has an interesting story behind it. It was discovered in 1965 when a researcher spilled some product on his hand. He neglected to wash it off and licked his finger to pick up a piece of paper. It was sweet! So what did he do? A bunch of tests to see if it was safe for humans to consume in large amounts…

After completing these tests the FDA denied approval of the product saying that there was flawed data, brain tumor development in animal studies and a lack of human studies to determine long-term effects. These sound awful considering this is a product we consume all the time now.

The rest of the story of aspartame is a long one. I’d like to provide a snippet from Dr. Mercola’s site explaining what went down:

– In August 1974, Olney (the guy who was responsible for getting MSG out of baby food) and another researcher Turner filed the first formal objections to the approval of aspartame. Their petition prompted the FDA to initiate investigations into Searle’s lab practices.
– The investigations ultimately led to concerns within the FDA about the validity of the initial studies. Investigators uncovered substandard testing procedures and manipulated test data. In fact, what investigators found was an unprecedented incidence of bad testing procedures and inaccurate results. Final approval of aspartame was delayed.
– Based on the results of these findings, in January 1977, for the first time in history, the FDA requested a criminal investigation into a food manufacturer for willfully misrepresenting results in their safety tests of a product. The FDA asked the U.S. Attorney’s office to examine the handling of aspartame testing
– Here are a few results of the investigation:

1) Deceased lab animals were not immediately autopsied, some not for an entire year after death. Decomposition rendered any data from them inaccurate.
2) Tumors found in lab animals were reportedly cut out and thrown away.
3) Animals from whom tumors were removed were labeled “normal,” and obvious tumors were deemed to be “normal swelling.”

The company who owned Aspartame didn’t like these findings so what did they do? They hired the US Attorney who was responsible for their case. Then what?

Donald Rumsfeld became CEO of the company – he would later be Secretary of Defense of the Bush Administration.

– In January 1981, Rumsfeld proclaimed he would get aspartame approved within one year. Worthy of note is the fact Rumsfeld was part of newly elected President Ronald Reagan’s transition team — a team which had carefully selected Dr. Arthur Hull Hayes Jr. as the new FDA Commissioner.
– Three of the five members of Dr. Hayes’ panel advised against approval of aspartame, citing on the record that the company’s safety study tests were flawed. Hayes then appointed a sixth member to the panel who tied the vote three-three. Dr. Hayes then cast the deciding vote in favor of approval.
– Hayes, an official with no background on the subject of food additives, claimed aspartame was safe for proposed use, and had undergone more testing and scientific scrutiny than most additives on the market. Shortly after approving this drug he resigned from the FDA panel and was hired by the manufacturer of aspartame for a position in which he was paid several hundred thousand dollars per year.
– So, despite all the game playing and countless unresolved safety issues, aspartame was approved for use in soft drinks in the fall of 1983.
– Less than a year later, the FDA had recorded 600 consumer complaints of headaches, dizziness and other health-related reactions from aspartame consumption.

It’s an interesting story and is really scary when you think about it. So where do we go from here… 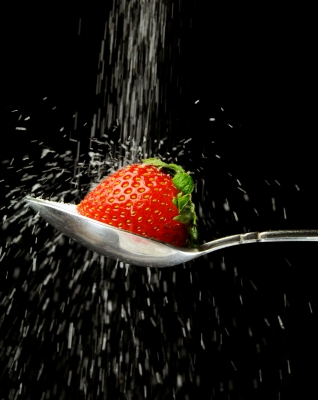 Where can you find aspartame?

What are some of the controversy around aspartame? As a note: I’m just reporting on some of the concerns mentioned via world-wide complaints – they may or may not be caused by aspartame:

I want to mention that there is a ton of info about aspartame on the Internet. If you’re really interested I recommend looking into how it’s broken down in our bodies and what are bodies do with those intermediates. It will make you cringe.

It’s up to you if you want to consume aspartame or not. The FDA and Health Canada have set the Adequate Daily Intake at 40 mg/kg of body weight per day. That’s a lot of aspartame. It’s something like drinking 21 cans of Coca Cola. Don’t quote me on that.

Finally, I want you to be aware of Ajinomoto, the company who owns aspartame. They recently (2009) made a name change for their product from NutraSweet to AminoSweet. Please don’t be fooled. It’s the same product and should raise the same concerns. Keep an eye out for it. 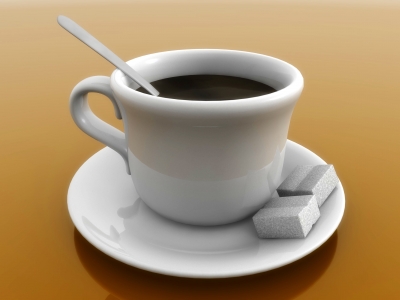 Splenda or the artificial sweetener Sucralose:

This artificial sweetener has much less of a story behind it. The only reason is that it’s much younger than aspartame only being approved by the US in 1998 (RC Cola). That only builds uncertainty for me. Once again most of this information is from Dr. Mercola. He’s done the research.

Sucralose is made from the chlorination of table sugar. It’s stable when heated and 600x sweeter than sugar. But is it safe? Companies who use sucralose say it’s safe because it’s not absorbed but the FDA disagrees. They say that 11% to 27% of sucralose is absorbed in humans. According to the Japanese Food Sanitation Council, as much as 40% of ingested sucralose is absorbed.

The absorbed sucralose has been found to concentrate in the liver, kidney, and gastrointestinal tract. According to The Sucralose Toxicity Information Center, sucralose is broken down “into small amounts of 1,6-dichlorofructose, a chemical which has not been adequately tested in humans.” Red flags once again!

Chlorinated Pesticides According to Consumers Research Magazine “Some concern was raised about sucralose being a chlorinated molecule. Some chlorinated molecules serve as the basis for pesticides such as D.D.T., and accumulate in body fat. However, Johnson & Johnson emphasized that sucralose passes through the body unabsorbed”. Of course, this assertion about not being absorbed is complete nonsense. As shown above, a substantial amount of sucralose is absorbed, so the argument is not valid. According to the HAD, “The manufacturer claims that the chlorine added to sucralose is similar to the chlorine atom in the salt (NaCl) molecule. That is not the case. Sucralose may be more like ingesting tiny amounts of chlorinated pesticides, but we will never know without long-term, independent human research.”

Where is it found?

What the controversy surrounding Sucralose?
Sucralose causes the thymus glands to shrink.
Too few studies to be sure at this time:

Contaminants The FDA acknowledges that sucralose “is produced at an approximate purity of 98%”. While that may sound pretty pure, just what is in that other 2%? It turns out that the final sucralose product contains small amounts of potentially dangerous substances such as: Heavy Metals (e.g., Lead), Arsenic Triphenilphosphine, Oxide Methanol Chlorinated Disaccharides, Chlorinated Monosaccharide. Although manufacturing guidelines do specify limits on these substances there is no guarantee that such limits will always be met.

Whether you consume sucralose (Splenda) or not is up to you. It really is difficult to know what the long-term effects will be of these sweeteners. I don’t think I’ll risk it.

What should you be using as a sweetener?!

As with everything we promote… stay as natural as possible! Stevia is a sweetener derived from the stevia leaf. It is incredibly sweet. It has been used for thousands of years with no known side effects.

Pure maple syrup is extremely sweet and tasty! It’s great to sweeten up your oatmeal. Only use the most natural source. I love to know where my maple syrup is coming from.

Remember just because these are the best choices doesn’t mean you can consume them in large amounts. Try them in measured small amounts. Break your addiction to sugar!

These are just minor pieces of another blog post about Stevia, maple syrup and other natural sweeteners. It shouldn’t be as long as this one but it will be just as important!

What you use as a sweetener is up to you. As with anything I like to consume only the most natural products. Processing is something I don’t take lightly. Additives send red flags through my mind. Negative reports about products should be taken seriously.

If there’s anything specifically you’d like me to cover please feel free to comment on this blog! Thanks!

What do you use to sweeten your food?