UPDATE: Below you will find a Vegan Cheesecake Layer Option and a Non-Vegan Option – choose which you prefer and use that in your recipe.

Do you love cinnamon buns? Do you love cream cheese icing? You are going to love these Skinny Cinnamon Bun Cheesecake Squares!

These are a light treat that are so easy to prepare, pretty to serve and taste delicious. Never miss out on cinnamon buns and cream cheese icing again!

Whaaat? You missed one of my awesome healthy cheesecake or bites recipes? Well, here they are beautiful:

This recipe is gluten free, skinny, no-bake, and only takes 5 minutes to prep. 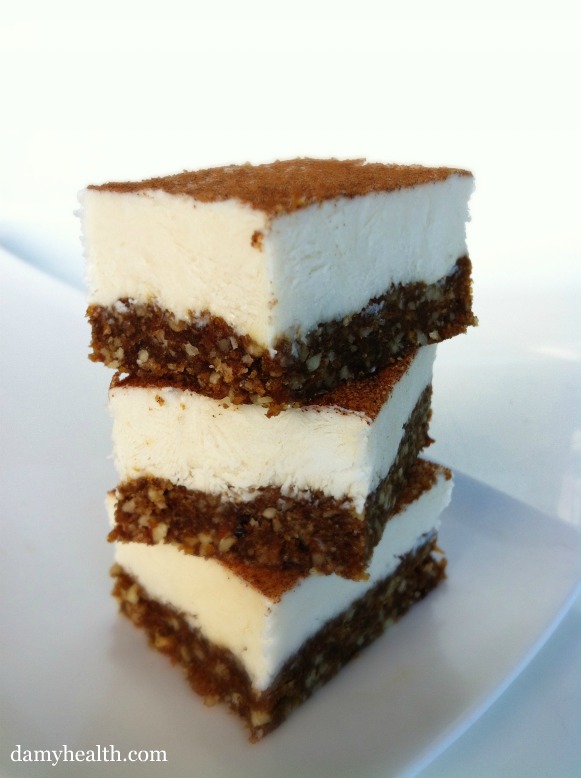 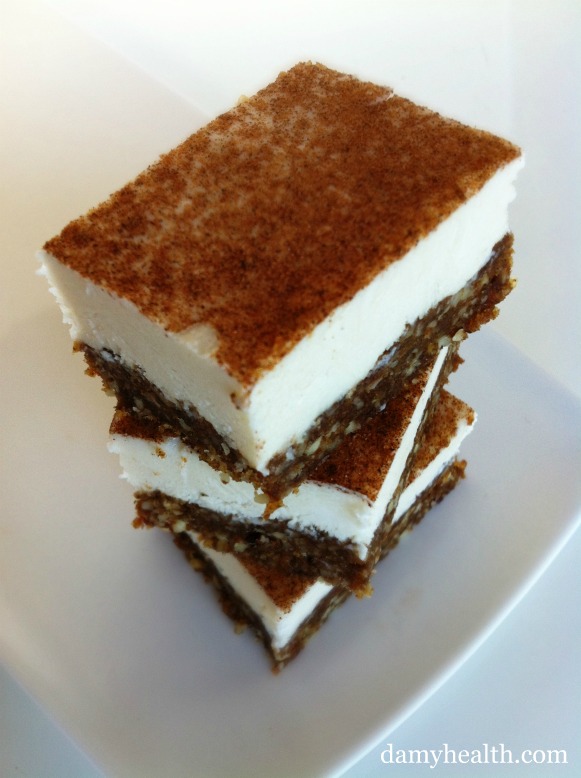 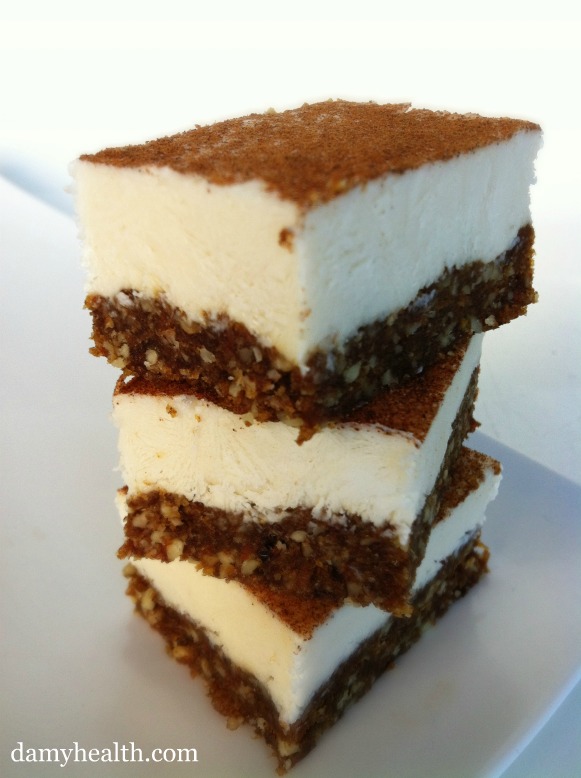 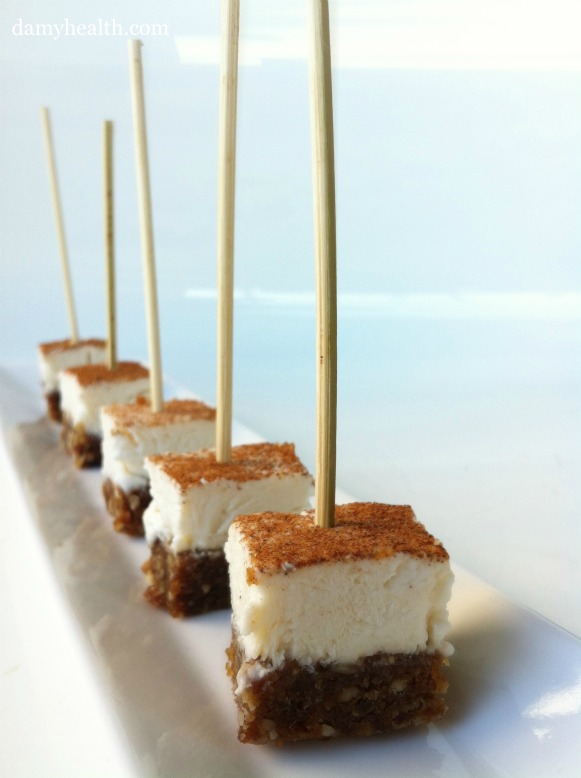 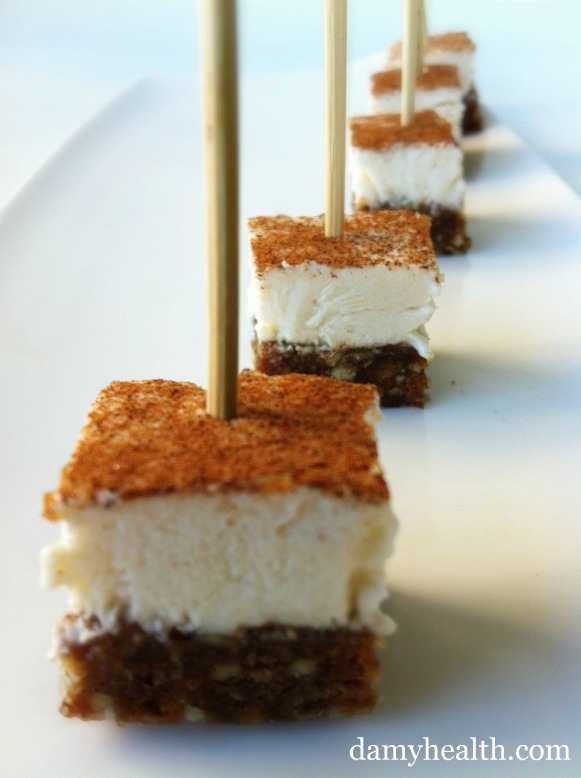 Amy Layne is a Personal Trainer, Holistic Nutritionist and Lifestyle Expert at DAMY Health. She is the creator of the popular DAMY Method Program and world famous Bikini Body Program. To see Amy’s Before and After Photos and DAMY Member Success Stories Click Here.